The “Aura” Analysis Software contains many optical possibilities of presentation and a database for interpretations with texts and pictures. 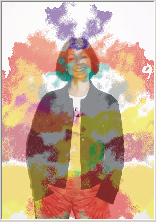 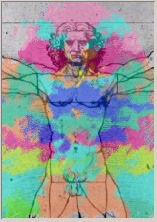 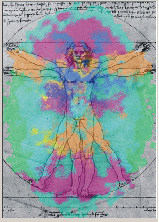 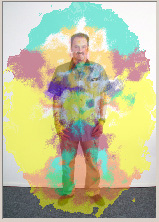 The Aura – the Basics

The word “aura” devices from the Greek-Latin language and means “hue of air” or “shine”. Nowadays this word is also used as “radiation, charisma”. It has been known from ancient times that man possesses an aura. On old pictures holy people have been presented with a golden shine above his head, around the heart or the whole body. This haloo indicates that the person has healing and spiritual abilities. The soul potential shows in a radiant energy field around the physical body. It is located outside the normal spectrum of vision. However, clairvoyant people can perceive it, because it is a concrete existing energy field, which can be measured and realistically presented.

The aura consists of the vital-, emotional, mental and spiritual body of a person and pulsates in radiant, translucent colours around the physical body. It consists of so-called “coloured air”. From the colour you can make interpretations about the quality of the consciousness and the life energy.

The different auric dimensions are made of different frequencies, which are woven into each other. They are in permanent interaction.

Every auric colour can be interpreted on different levels: 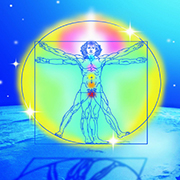 The first auric dimension is called the etheric body. It is made of the life energy (chi-energy or prana). This energy flows – similar to the blood – in a channel system of subtle energy, the so-called meridians. Their duty is to nourish the organs. A blocked chi-energy makes consequently the organs sick, too.

The second auric dimension is called the emotional body. All emotions a person produces are even more subtle frequencies than the vibration of the life force. The emotional energies are radiated into the ether in vibrant, changing colourful clouds. When emotions are clouded and negative, colours are dark. When feelings are joyful clouds of bright and shiny colours are send into the ether.

The third auric dimension is the mental body. Thoughts are frequencies which are produced from the brain and sent into the ether. The brighter and more intensive the aura colours vibrate around the head, the more the thoughts are charged with life force. This person is then happy and positive. The lower the frequency of the aura colours and the darker they are, the more the life force is blocked and the thoughts become negative and depressive.

The forth auric dimension is called the spiritual or consciousness body. There are the consciousness programmes situated and the potential, which we gained in previous lifes. Only few of highly developped people have the ability to look into the spiritual body.

Although the aura picture is presented in a two-dimensional way, every colour can be interpreted on four different levels. The International Auramed Academy offers a detailed basic training for that.