The Chakra Analysis Software provides you with detailed information about the Chakras.

It offers the following functions: 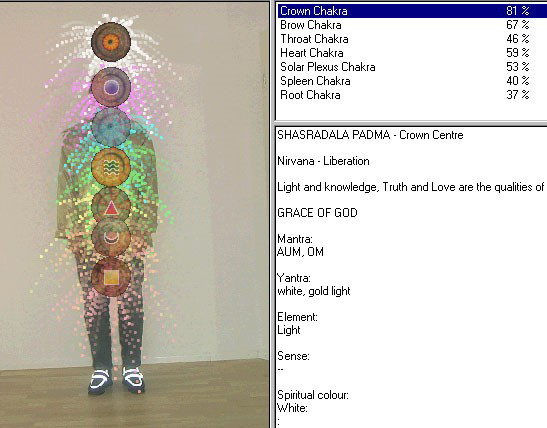 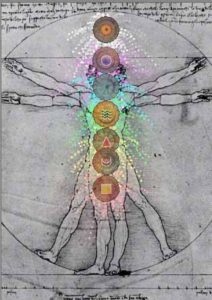 They coordinate the interaction of energies, which are formed by the consciousness. This is a complex and complicated management of frequencies. The chakras have a similar function like an electric power station. They are transformers, which process all energies coming from the spiritual realm and transform them down to the lower astral bodies.

The chakras consist of pure light energies, which radiate permanently energies onto the different auric bodies. Due to the forces of the Kundalini power a chakra is permanently spinning and in action.
If the spinning flow of a chakra is blocked it shows in a blockage of the aura. The person is then suffering, sick and has many psychological problems.

Each chakra has a certain function and is constructed according to its duty.

The lower chakras, like the root- or the sexual-chakra are constructed in their function more simple and they possess less energy spokes. The higher chakras have manifold and more complicated duties to fulfil and therefore they own more spokes. The duty of a chakra is:

A blockage is expressed in many pains in the physical as well as psychological body.

Each chakra is also the domicile for certain elements, the physical and the spiritual body are made of.

As to Ayurveda and Chinese medical philosophy a disharmony of elements also shows itself in the meridian flow and the reflex zones.